Return to All Posts Previous Next

In the category of random and possibly inappropriate nicknames, I had a former boss who used to refer to me in public as “General Disruption.”   She gave me the nickname because, as she put it, I was there to disrupt the ways in which the organization was thinking about and tactically fundraising.  Of course, while that sounds sexy, in practicality, it is something else altogether and often hard to implement.  Disrupting organizational behavior, managing change and transformation, indeed, being disruptive, is HARD WORK!   It’s funny now as I look back at my 25+ year career in development; it would appear that I’ve been “General Disruption” several times…maybe I need a new baseball hat!  😉

Change starts with the courage to recognize the need for it while staying grounded in your core values – it’s important to let your values be your North Star.  Dan Palotta, who runs the Bolder Board Training,  recently shared the thoughts below about a recent visit to Australia and the Sydney Opera House. Don’t be afraid to be ridiculous – to be disruptive.  It’s where the real action is!

Dan writes, “The idea to build the Opera House was ridiculous. The architect who designed it, Jørn Utzon, was an unknown 38 year-old Dane when his entry was announced as the winner in an international competition. His vision for a “sculptural, curved building on the Harbour” broke radically with the linear shapes of modernist architecture. And here’s the thing: in the 1960s, they had no idea how to build it. You know those iconic shells or sails that define it? The challenge of how to build them confounded the engineers working on it for years, even after the foundation had been poured! Imagine pouring a foundation for a building you don’t yet know how to build!

Pouring that foundation, without knowing how to build the building, was a commitment – a declaration of possibility. It was impossible, but their commitment to it transformed it into reality. It now not only defines that city, but in many ways that nation.

Imagine if it had never been built. Imagine if some expert put a stop to it because of its ridiculousness.

If you’re not being ridiculous, you’re not exploring your true potential, as an individual or an organization. Everything in the world that makes us go “Wow,” was born of some absurd human being with a ridiculous, impossible idea — from the Eiffel Tower to landing on the moon to the idea of America herself. We are taught that prudence is sophistication. The opposite is true. Ridiculous is what really tests us. Stretches us. Forces us to use the full measures of our intelligence, creativity, fortitude and strength.

Anything less and our true potential for intelligence, creativity, strength and fortitude gets left on the table, never to see the light of day.

Resist the temptation to be safe, cautious and normal. Resist it in all things. Resist it with every fiber of your being. Lives are at stake in our work. Be ridiculous on their behalf.”

Read more about the Bolder Board and Dan. 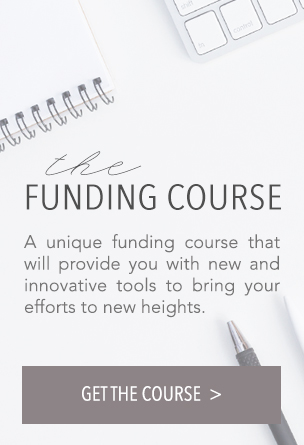